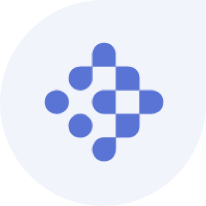 What should recruiters be concerned about if the Government goes ahead with plans to change the law that currently prohibits agencies from supplying workers to cover striking employees?

As we head towards the third of three initially planned national rail strikes, the recruitment industry contemplates the possibility of a significant change to our industry legislation.

Just over a week ago, Transport Secretary, Grants Shapps, announced that the government was considering plans to repeal the legislation which for 50 years has prohibited agencies from:

(a) supplying temporary staff to cover the work of striking employees or taking part in other industrial actions; and

(b) supplying staff to cover the work of employees who themselves are covering the duties of an employee taking part in a strike or other industrial action.

In short, agencies could not be engaged in strike breaking.

While at the time, the announcement from Shapps could have been considered as nothing more than political bluster, as the public debate between government and trade unions started to heat up, further announcements from the Business Secretary, Kwasi Kwarteng, have made it clear that the government seems determined to press on. Subject to Parliamentary approval, the government will bring forward legislation to amend regulation 7 of the Conduct of Employment Agencies and Employment Businesses Regulations 2003.

If the change goes ahead, where does this leave recruiters?

The answer, arguably, is right in the middle of bitter conflicts and a political storm.  The first three national rail strikes could well be the beginning of a longer period of industrial action, with a very real possibility of other sectors following suit.

If regulation 7 is repealed in its entirety, on the face of it, clients could instruct agencies to supply workers to cover any of their staff who are on strike or taking some other form of official industrial action – such as only working their minimum contracted hours and not doing overtime.

But not all business is good business and there are other provisions which agencies will need to consider before contemplating sending temporary staff into potentially volatile situations.

Other provisions in the Conduct Regulations place a duty on agencies to protect their workers and clients from detriment. Regulation 20 requires agencies to ensure that before they supply any workers, they make enquiries as are reasonably practicable, to ensure that it would not be detrimental to the worker or client for the worker to undertake a particular assignment.

Certainly, the prospect of agency workers having to cross potentially volatile picket lines is something that agencies would need to take into account if considering supplying staff. And the same would go for clients, who have a shared health and safety duty in respect of staff supplied to work on their sites. At the very least, there should not be a situation where agency workers are unwittingly sent into a strike situation.

Agencies would also need to ensure that staff are only supplied to do work that they are capable of -in terms of training and having the relevant skills and experience.

If nothing else, the P&O Ferry PR disaster has shown that the use of agency workers in some situations can be damaging for the reputation of agencies and the wider industry. While we wait to see the outcome in Parliament, the REC has taken a strong line to protect the reputation of the entire recruitment industry.  For now, there is no change in the law and regulation 7 stands.  But members with queries from clients and candidates on supplying agency staff during strikes can contact the REC legal helpline to discuss the current legal position.

How does the statutory holiday entitlement interact with the bank holiday for the Queen’s funeral?